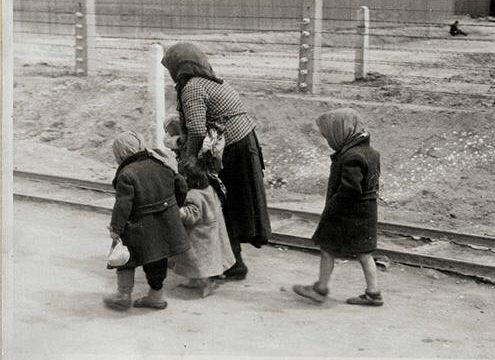 Thank you for inviting me to join you today. I feel privileged to be in the company of the two amazing and resilient women you celebrate and honor with your 2019 Heritage Award- Judith Altman and Agnes Vertes.

Their work in Holocaust and genocide education was ongoing long before Senate Bill No. 452 became CT law.
I am in awe of the courage it took for Judith Altmann ( 95) to endure the worst of man’s inhumanity in Auschwitz and then to relive the pain in the retelling of it to 100,000 over many years.

Agnes is not only a survivor but has also documented the stories of other children survivors, undertaking the vital task of passing on their life experiences to future generations of school children.

One cannot truly understand or appreciate the emotional toll that it must take on these women for doing what they have done for so long.
It takes enormous fortitude to do this so that others can learn, teach and be vigilant so the extermination of millions of innocents will never happen again.  And, by the retelling of these stories it is our hope that fear and prejudice is replaced with compassion, tolerance and acceptance.

Public Act No. 18-24 states, “For the school year commencing July 1, 2018, and each school year thereafter, each local and regional board of education shall include Holocaust and genocide education and awareness as part of the social studies curriculum for the school district”.

My mission to pass this law started with my belief of the power and impact that a first-hand account of the holocaust or a book detailing that experience can have on a young child.  When I was 12, I picked up a book my older brother was reading.  He was precocious and devoured books of any kind but particularly on WWII.  You see, our father had been in the war and, as a prisoner, nearly starved to death. Like so many, he was never quite the same again.  I also overheard my mother and aunts whisper about how the Nazis had overrun our small family farm in Europe, how they would kill the livestock and the horrible things they would do to the women left alone to care for the children and elderly.

The book I picked up was Auschwitz, A Doctors Eyewitness Account.  It was shocking, gruesome, unfathomable.  I put it down but then I picked I up again.  I could not stop reading and could not believe that anyone could do such things to another human being.  It had a profound effect on me for the rest of my life.

It was not until I was in college; however, that my deep-seated feelings would play out in an unexpected way.
I was so excited to be asked to join the most popular sorority on campus.  After all, my family and I had arrived in this country at the very bottom of the economic and social ladder- illiterate, poor and not speaking a word of English.  I was elated to be considered as a member of this elite group on campus.  But my bubble burst when after just being inducted, I was taken aside and advised to stop associating with my roommate and best friend because she was Jewish.  I was shocked, crestfallen and deeply disappointed.  But I made up my mind, this was not an organization I wanted to be a part of and officially de-pledged from the sorority.

My encounter with anti-Semitism resurfaced when I served as State Representative for the town of Wilton.  Swastikas began to appear in town.  Turning anger intro action, I joined a group organizing the 60th anniversary of Israel and worked to hold it in our town.  It was quite a celebration with nearly a thousand in attendance.

This also prompted an effort to propose a bill in the legislature to mandate holocaust education for every child in CT.  The journey to enact this groundbreaking law spanned over a dozen years and took me down a long and winding road with many unexpected roadblocks being placed in the way.

I had previously been a member of Connecticut’s State Board of Education and was now on the Education Committee of the legislature.  I naïvely believed that, although I was in the minority party, I could surely convince my colleagues of the need and worthiness of this bill.  I quickly learned that this was not the case.

At first, they said it may be a good idea, but no unfunded mandate would be allowed to pass.  They would, however, pass a bill to give schools the option of accessing a curriculum guide on the subject if they wished to voluntarily, but not require, it to be taught.  At the same time, the Irish chair of the education committee also felt the need to include a guide on the Irish Famine as well.  Unfortunately, theses collected dust on a shelf at the Department of Education for many years.

I made several more attempts to pass this bill when I was elected to the State Senate in 2009 but ran into more roadblocks.  Rumors of organized opposition by various groups cast a shadow.  Massacres at black churches made some feel the bill would be inappropriate at the time.  There were requests to delay the bill by Jewish groups or legislators that did not wish to draw negative attention to themselves. Frustratingly, each year, there always seemed to be a reason given that the time was not right for this bill to move forward.

However, the numbers of anti -sematic incidents in our area were growing in 2017 and caused alarm. (Anti- Semitic Incidents rose 60% in the US)  Several anti-Semitic incidents occurred in 4 of the 7 towns in the district and I proposed the bill again.  I knew we had reached a tipping point and the time to place this education mandate back on the front burner was at hand.  In addition, as a new chairman of the education committee, I could be sure that the bill would finally get a public hearing.  Then something extraordinary happened.  The new Executive Director of the Jewish Federation of Connecticut, Michael Bloom,  approached me in the hall of the senate and stated that he and his organization would help move this bill forward.  He was an important and skilled ally.  Michael had worked in the senate and knew the process and the people.  Voices for Hope also joined in the effort.

But the fight was not over.  Last minute obstacles kept appearing.  Someone added a cost that could have effectively killed the bill.  Michael Bloom moved mountains to have the cost eliminated.  Language was included in the bill that the “board of education may accept gifts, grants and donations, including in-kind donations, designated for the development and implementation of Holocaust and genocide education and awareness”.

Organizations stepped forward to help fund the program.  Then, out of nowhere, the Turkish consulate called and badgered me for 1 ½ hours in a last-ditch attempt to kill the bill but, without success.  In fact, after that call, I was more determined than ever to see it through.  Soon more and more people on both sides of the political aisle came on board and were instrumental in its passage.  The journey’s end was finally in sight. The bill first passed unanimously in the State Senate and the House vote quickly followed suit.

And the word is getting around.  When we passed this bill in 2018 only few states had a law like ours on the books.  Now, the number has doubled.  It is my hope that the numbers double again in each succeeding year.  If we are to prevent such atrocities from ever happening again, we must teach every generation about the depths of depravity that can result from irrational hatred.

It was also greatly rewarding to see the town of Wilton immediately embraced this new mandate by inviting the author of the Tattooist of Auschwitz, Heather Morris, to come to Wilton at the request of the Director of Wilton Library– the first town in American she visited- to lecture on her book at the Wilton High School and the Library.  Author Jennifer Elvgren also visited Wilton schools and read her book, “ The Whispering Town”, to our 4th and 5th graders.  I took this book home to my 5-year granddaughter.  She had me read it to her 3 times.  It was touching to see her take it to bed and fall asleep with the book under her arms.

Too many of our young students still do not have any knowledge of the Holocaust and the terrible things that happened to people simply because of their religion.  Some even deny that it ever happened.  As time passes, however, more will be exposed until all our students are taught.

But the history of the Holocaust isn’t only about the torture and murder and unspeakable horror. It is also about lessons of resilience and courage that can inspire people.

Judith Altman and Agnes Vertes are examples of how humans can experience of the very worse of what mankind can exact on each other and yet still have the capacity to love, work and hope for a better tomorrow.

Judith and Agnes, what you endured is incomprehensible.  Reliving it in the re-telling of these atrocities must be so painful.  We owe you a debt of gratitude for your courage and continuing to persist, persevere and teach.  You are our heroes and we thank you from the bottom of our heart. 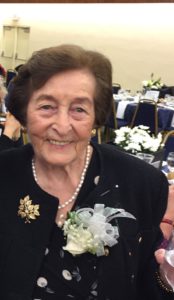 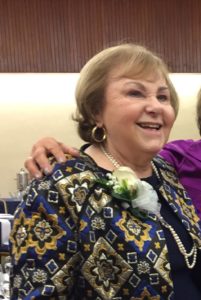