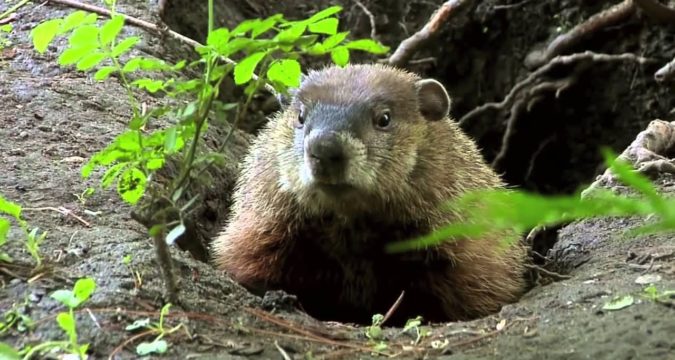 Last year on Groundhog Day, I wrote that hope for a new day in Connecticut was on the horizon.  2019 began with a new Governor and a greater Democrat majority in the State House and Senate. Would it be a new day or groundhog day? A year later , we have our answer.

Let’s hope that like Punxsutawney Phil, Connecticut’s groundhog, Chuckles does not see his shadow and brings an early spring for our state and better clarity to our legislators. If state elected officials do not start listening to their citizens, they may see a shadow over the fall elections.  As protesters are fond of saying “Vote for Tolls- Lose at the Polls”.

Great news! Punxsutawney Phil sees no shadow and predicates an early spring. Connecticut has a new Governor and General Assembly, putting the Democratic Party once again in full control of the legislative process, the budget and the votes.
There were early hopeful signs that the new governor would focus on creating a more business friendly and affordable Connecticut. However, the emboldened leadership in the House and Senate is reviving some of the most damaging proposed laws that were repeatedly blocked by the fiscally responsible members of the previous legislature. The floodgates are opening!

Tolls- Tolls could soon be everywhere. The Connecticut Department of Transportation put out a draft map which contained 82 throughout our state.

Forced School Regionalization- The consolation of school systems if towns are under 40,000 would take away local decision making of our children’s education and could be a first step toward county government .
President of the Senate Martin Looney “There are far too many small, independent, single town school districts in the state. It’s really inefficient, especially since many of them are actually losing school population.”
“Another way to approach school system consolidation, House Majority Leader Ritter said, would be not to force towns to regionalize, but deny them state subsidies for school construction or renovations if they don’t volunteer.”
“That’s having a knife to your throat and saying, ‘Listen to my commands,” State Minority Leaders Len Fasano said. “That’s not policy, it’s a threat. This policy of de-funding schools in Fairfield County would most assuredly bring about large property tax hikes.”  Note that Connecticut already has over 20 multi-town regional school systems that voluntarily came together. Let local boards decide what their children need.

Taxing Groceries and Medications-  Danbury NewsTimes- “Thumbs down to the idea of taxing groceries. There’s no question the state is in a budget mess, and creative solutions are needed. With Gov. Ned Lamont having ruled out income tax increases and emptying the rainy day fund, there are precious few options available. But it’s hard to imagine a more regressive plan than adding taxes to long-exempt consumer goods like groceries and medicine. No matter where new revenue or cuts come from, there will be pain involved. But this would be a truly bitter price to pay for fiscal stability.”
Increase the Sales tax: Democrats have filed a bill to increase the sales tax rate to 6.85%.

I urge you to stay informed on these issues and monitor them closely. We all love our state and we all want to see Connecticut thrive. Hold your elected officials accountable and let them know you are watching.