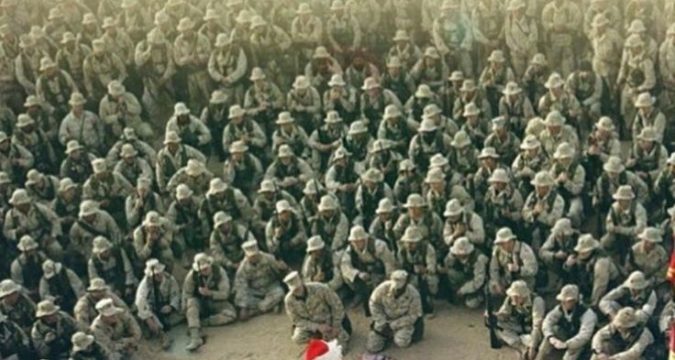 Those that follow my Facebook posts know that I like nothing better than to put on an apron and cook up a storm in the wee hours of the evening.  It is relaxing, non-political and deeply gratifying.

Soldiers serve throughout the world 365 day’s 24/7 in 800 military bases in more than 70 countries. Some serve with a gun, jet throttle, computer keyboard, tool kits, paint brushes soup ladles, scalpels or mops in their hands.  They are far away from family or friends during some of the most important moments in their life-  weddings, funerals,  birthdays,  graduation, births.  Their loved ones maybe hospitalized or celebrating a small or great achievement.  The separation can be painful.  But the time most long to be home, the most nostalgic and sentimental and lonely,  is during the the holidays

The ones they can find emotional support with are their comrades in the service with them.  It is especially true during special holidays that bring family and friends together.

This was brought home to me immediately after my marriage to a young air force officer.  Twenty-four hours after the wedding, we had to drive across the country from Connecticut to an air force base in CA and then to a desolate SAC air base deep into the Dakotas.  It was a lonely existence.  Calls home were few and far between and often made the longing to be home grow day by day.  When I had a medical emergency and needed to be hospitalized, my soldier husband was on a three-day alert in a secret location.

A family member could not contact them, and they could not leave their assignment no matter the circumstances. That is when their fellow soldiers would step up and organize a support system, take me to the hospital and take turns waiting until it was time for one of them to take me home.  It is where I learned soldiers not only take care of each other but also their families.

One experience changed how I think about Thanksgiving for the rest of my life. It was my first thanksgiving as a military wife. Two soldiers, including my husband were stationed at the secret command center 80 feet below ground in a Minuteman ICBM Missile silo.

It was a solitary space no bigger than a closet. One could barely turn around except to press the buttons that would launch an atomic missile halfway around the world if the order was given to retaliate in the event of an attack on our country and its people.

To make this lonely assignment a little more bearable on Thanksgiving I was provided the opportunity to join my husband along with a foil pack baked turkey down the elevator shaft underground; that is if I was not too frightened to make the journey 80 feet underground. With trepidation, I held my breath and went down. The turkey was covered in foil which was placed in a foil baking pan with just few sides. It was an experience we would never forget and recount it to our children many years later.

Our family has much to be grateful for this thanksgiving- in what we have and for those we have lost who have taught our hearts to love more deeply.  But it is also a time to reflect on where so many of our soldiers spend Thanksgiving, Christmas, Hanukkah and other holidays far from home and their loved ones.

This Thanksgiving remember there will be many who will not come home for the holiday.  Most of our troops, who keep us safe and free, are far away from the people they love.  As you pass round the turkey and gravy, take time to reflect on the empty seats around soldier’s family dinner table and some of the empty seats that have become permanent.  Think of them when grace is being said at your table, and may they be included in your prayer of thanksgiving.

Yes, there have been terrible periods in our history that we are not proud of.  Yet, America has persevered and overcome them.  During this period of strife and discord, there is still more that unites than divides us.  When truly threatened, we come together as a family.  And our soldiers stand ready to defend us.  We have much to cherish in this wonderful country, but most of all each other.

Sending you a heartfelt message of gratitude and best wishes for a holiday filled with memories you will cherish and sustain you in years to come. 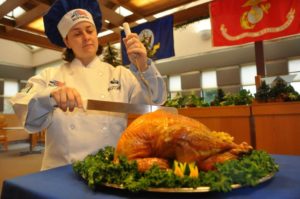