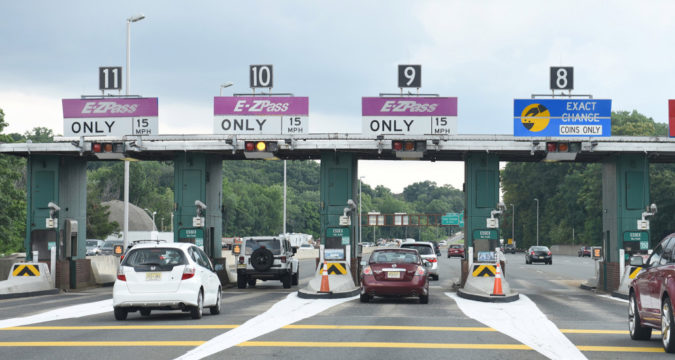 Pro Toll advocates, Berritt and Goldrick, have been relentless in their attack of toll opponents. Now they are now targeting those Hartford democratic legislators they believe lack the courage to disregard the will of the people to vote tolls in. After all, their democratic party controls all of state government – the process, the bills, the votes. So many democrats ran on a pro tolls platform in the last election that the reintroduction of tolls on every major Connecticut highway seemed a forgone conclusion. But then something extraordinary happened. Much like the democratic push to force the regionalization of local school systems, a grassroots movement erupted that upended the best laid plans of toll advocates.

Ordinary people staged protests on street corners from one end of the state to the other. Thousands signed petitions, submitted testimony, called and emailed to signal their opposition. Their actions changed the positions of enough pro toll legislators that a vote has yet to be called. Many legislators now fear that voting for tolls may cause them to lose their next election. This fear is not unfounded.

There has been increasing concern by the public and businesses that Connecticut already taxes too much. They believe tolls will make living and working even more unaffordable and are just another ploy to reach back into their pockets.

People became distrustful as toll plans were constantly changing, cost and revenues estimates understated and the lockbox on the Special Transportation Funds (STF) was unlocked. The Democrat’s budget just passed diverts $ 58 million of the car sales tax slated for the STF into the General Fund.

In addition, a large portion of the transportation funds is not being spent on rails or roads but on some of the nation’s highest overhead costs.

Berritt and Golick state that “the lack of tolls is responsible for the state’s poor road conditions and the Mianus River Bridge collapse in 1983” yet tolls were not removed from Connecticut’s highways until 1985. They also maintain that lack of federal funds are to blame but federal funds were increased substantially when CT removed its tolls. They are emphatic that the gas tax is regressive. But tolls are even more regressive and arbitrary. Let’s not also forget that states with tolls such as New York do not have Connecticut’s car property tax and that New Jersey just increased a gas tax on its toll roads to be equal or higher than state without tolls.

The pro toll writers are correct when they ask legislators to develop a backbone and have the courage to act. Their legislative actions, however, should not reflect the desire of those who have a personal agenda and stand to gain financially from tolls. They should listen to the people and take tolls off the table. They should have the courage to address Connecticut depressed economy, poor job market, slow business growth and plummeting home values instead.

They should have the courage to say no to tolls and to the entrenched special interests that dominate the legislature. These special interests are increasing pensions costs, administrative overhead and the cost of living that are driving so many out. That is the courage the public wants to see in their elected officials.