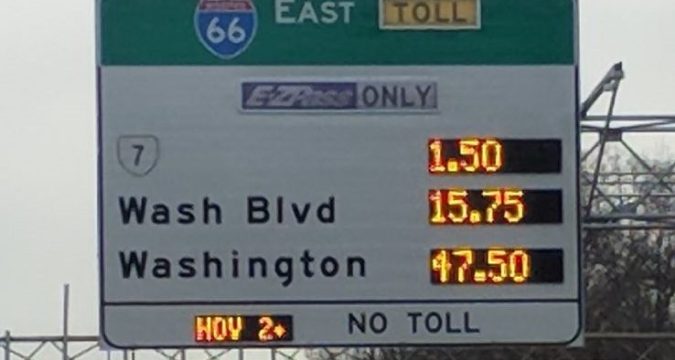 Some observers wonder why so many in Connecticut are making such a fuss over various proposals to install tolls. After all, most of us pass through tolls regularly and they are part of everyday life in surrounding states. So what is the big deal? Why are protests and town anti toll resolutions popping up all over? The opposition had become so contentious and widespread that a state representative suggests that town governments protesting tolls should be denied state transportation aid.

It is unfortunate when an honest civil dialogue is necessary on what could become one of the most costly tax increases for residents coming on the heels of significant increases in 2015 and 2011. These past increases and those being proposed give Connecticut the dubious distinction of having the highest combined federal, state and local tax burden in the nation. (#2 in state and local taxes) The state is losing people and jobs as a direct result.

CT’s economy is an eco-system. Everything is connected. Legislators should be asking how tolls and taxes taken as a whole will impact the state’s reputation as a business and taxpayer friendly place.

Before approving tolls, lawmakers should understand the magnitude of the impact of tolls. Any increases to the cost of living should be closely scrutinized. Especially since Connecticut is now one of the only states that has yet to recover from the great recession of 2008, and our GDP growth of .4% is the weakest in the Northeast.

Yes, it is true that in many states tolls are commonplace. However, what is not commonplace is the volume of taxes that CT has that other states do not:

Most Tolled State in the Nation

Connecticut is a small state and tolls would appear on every major route. Proposed tolls would apply to both cars and trucks and revenues would approximate $800 million across 53-72 gantries.  Up to 30% of drivers without EZPass avoid paying a toll. Revenue estimates are based on the DOT adopting prices that are anywhere between 2 to 4 times the highest rate in the country.

Connecticut Drivers Would Bear the Burden

Congestion Toll Pricing is Regressive: Congestion pricing increases the rate paid by drivers who use the highways during peak travel periods. An example is the $46 congestion pricing for 10 miles one way on I-66 in VA. This ultimately will penalize those who least can afford it. The typical worker cannot dictate their schedule.  A toll could become a $240 pay cut per month.

Jeopardizing Federal Transportation Funds: Connecticut receives approx. $528.6 million from the federal government to make up for lack of tolls. Those funds could be lost if tolls move forward.

Higher Truck Tolls Equal Higher Prices: Any increased tax through tolls will be passed along to consumers in the form of higher priced goods and services.

Diversion: Drivers trying to avoid tolls will detour through local streets and neighborhoods creating congestion and wear and tear on roadways not accustomed to tractor-trailers and increased traffic.

Some Troubling Aspects: HB 7280 states in lines 53-60 that a tolling proposal will be deemed approved if the General Assembly does not hold a vote within 15 days. This would allow the DOT to begin construction of toll gantries almost immediately without a vote of the General Assembly.  In addition, another bill would create a Transportation Authority that would be able to raise the toll rate, again, without a vote by the legislature.  This in essence would absolve elected officials from taking responsibility from enacting tolls or raising prices drastically.  The control of future placement and rates for tolls should not circumvent the legislature. These decisions should be made by those who are closest to, and answerable to the public.

An Alternative to Tolls

Tolls are a Big Deal for Connecticut!

Tolls could be one of the biggest tax increases on Connecticut residents after two of the largest in state history in 2011 and 2015.  The state has yet to recover job losses from the great recession.  Rather than piling on, Connecticut lawmakers need to control costs and embrace alternatives.  Commuters are looking for relief from proposed user fees. Call it what you will- a toll is tax.