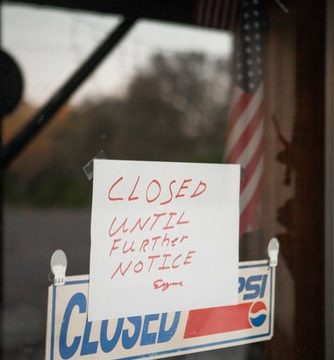 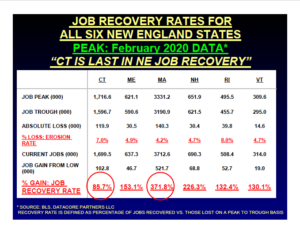 One party has controlled state budgets for over 40 years.  It has routinely relied on its highest taxpayers along with accounting gimmicks to pull Connecticut from the edge of insolvency.

Accounting gimmicks that allow elected officials to claim balanced budgets while their state sinks further into debt include: inflating revenue assumptions; counting borrowed money as income; understating the true costs of overhead; delaying payment of current bills until the next fiscal year; and, hiding a large portion of employee compensation from the budgeting process. 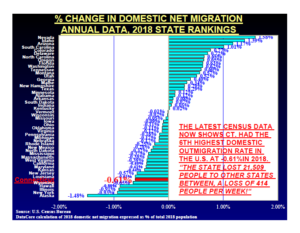 Doctors know that to make an accurate diagnosis and prescribe effective treatments for a sick patient you first need to get to the root cause of the illness.

Connecticut’s economy is sick with one of the nation’s worst fiscal condition.  Its symptoms have been felt for years.  State leaders have tried to mask them, but they will not go away.

Connecticut has been on the verge of insolvency more times than I can count, free falling from one fiscal crisis to another.  Many of us still remember these headlines: “How did Rich Connecticut Morph into One of America’s Worst Performing Economies” (Forbes, 2013) and “How did America’s Richest State Become Such a Fiscal Mess” (Governing, 2017).

The Tax Foundation ranks CT 47th for business tax climate in 2020. Truth in Accounting “Financial State of the States” report gives it an F rating for its 3rd highest in the nation tax burden- $50,700 per capita and its inability to pay its bills- $16 billion available to pay $83.4 billion worth of bills. Barron’s designated Connecticut 45th in the nation for creditworthiness- “the state with the highest overall debt burden on a per-capita and a gross-domestic-product basis.”

Multiple opportunities to bring Connecticut’s economy back to health are disregarded.  Just this July, the Governor refused to delay huge state raises and paid millions more than federal or contractual limits in pension benefits until the pandemic is over, while the private sector falters.

This time, however, accounting gimmicks and the fully funded Rainy Day account that was mandated to be filled by Republicans in 2017 will not save them from Connecticut’s dire circumstances.  Even before the COVID-19 pandemic hit, budget analysts projected Connecticut would face a flood of red ink in 2021-23 -more than a $8 billion deficit.

Worse yet, State economists do not see a turnaround for over a decade.  This month the Connecticut Center for Economic Analysis warns, “It looks bad”.  “Connecticut has still not recovered all of the jobs lost from the Great Recession.” “A reckoning is coming if we don’t change the trajectory”.

Now that we have diagnosed the cause, what is the cure?  It is certainly clearer than a cure for the virus. State leadership must face the facts and fix the problem. They must find the courage to speak honestly with state labor unions and bring them back to the table; show them the mountain of red ink that threatened their economic future; negotiate costs and pension reforms that more closely resembles the private sector or even neighboring states; and, reduce the taxes driving out those who foot the costs. That is it, plain and simple!

In 2018, there was another important election. National partisan politics put the Democratic party firmly in charge of all branch of state government. This empowered them to mask serious budget shortfalls and propose bills that would remake Connecticut and its greatest attributes- great local school systems and beautiful historic residential communities. Democrats immediately pushed legislation to tolls our roads, tax higher priced homes and incomes, dismantle police departments, raise property and business costs, mandate the type of housing people should have and where children should go to school.

Urbanizing and regionalizing small towns and schools do not help the cities that once drew corporations, taxpayers and cultural attractions. Hartford was once a vibrant city, the Insurance capital of the world, until it and state leadership created an adversarial business climate.  High costs and regulatory burdens drove them out.

Now regionalizing schools, towns, zoning boards and housing authorities have become their cure for what ails us. Bills, like LCO 3562, are ready for next year’s legislative session.  The 2020 election may once again have national issues top of mind. But it also presents an opportunity to vote for those at the state level that reflect local priorities.  Your vote could be the cure that brings Connecticut back to health. 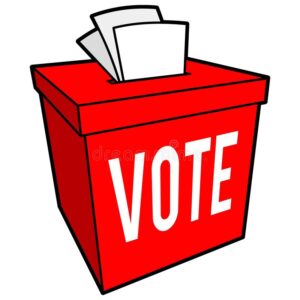